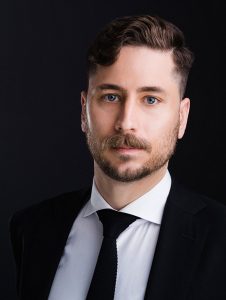 Travis Sabaitis graduated from University of California, Riverside and immediately began working in the legal field. Mr. Sabaitis became a paralegal at Kantor & Kantor, LLC prior to attending Southwestern Law School. It was not until Law School that Mr. Sabaitis discovered a strong interest in Criminal Defense. Mr. Sabaitis excelled in Law School graduating in the top 10% of his class.

After Law School, Mr. Sabaitis began working at the District Attorney’s Office and while he enjoyed working in the realm of Criminal Law, he soon discovered he was on the wrong side. As a result, Mr. Sabaitis left the District Attorney’s Office and began working as an attorney at the famous Law Office of Bruce Margolin. There, Mr. Sabaitis worked a wide variety of cases, ranging from cannabis sales to serious crimes. After the passing of the Adult Use of Marijuana Act, Mr. Sabaitis became one of the first attorneys to get a prior cannabis felony completely wiped from an individual’s record.

Mr. Sabatiis joined Manshoory Law Group to bolster his litigation practice. He believes that criminal defendants are treated unfairly by the Criminal Justice system. As such, Mr. Sabaitis seeks to help those that have been accused of crimes obtain the most favorable result possible.
Outside of work, Mr. Sabaitis enjoys rock climbing, making music and camping.