Are you wondering how to erase old cannabis convictions? Now that recreational marijuana use is legal in California, individuals who were convicted in the past who want to clear marijuana charges are in luck if they don’t have convictions for serious crimes. Keep reading to learn more about the requirements to expunge records for marijuana and some other minor convictions.

What is the Clear My Records Program?

The Clear My Records Program helps expunge records for eligible individuals so they don’t miss out on the opportunity to clear marijuana charges that may be interfering with their quality of life.
There are important benefits to individuals who qualify. If the only convictions they have are expunged, the ability to qualify for a variety of benefits will open up for them. These benefits can include student loan eligibility, the ability to cross the border into Canada or get visas for travel to many countries, and the possibility to restore their gun rights.

How Can I Have My Old Marijuana Convictions Erased?

One of four things can happen to old marijuana convictions:

Additional outcomes may include:

The process can be simple or complicated depending upon whether there was more than one conviction, what the conviction was, and where the conviction occurred.The process requires you to provide a reclassification packet with copies of your criminal record to the DA’s office and the Superior Court in each county where you were convicted. Counties may impose additional requirements such as requiring you to appear in person when you file the reclassification packet, additional paperwork, or a hearing.

Prop. 47 also provides relief for some other crimes by reclassifying the financial cut-off for felonies to over $950 for crimes including shoplifting, forgery, and receiving stolen property which makes such crimes eligible for reclassification to misdemeanors.

Which Convictions Can Be Dismissed and Sealed?

Which Felony Convictions Can Be Reduced to Misdemeanors?

Do You Need an Attorney?

While it is possible to handle it yourself, preparing the reclassification packet can be complicated, especially if there is more than one clear cut conviction in more than one county or there are other convictions. An attorney can also speed up the process as local DAs don’t have to decide which petitions to challenge until July of 2020.

If problems occur or your petition is denied, an attorney can help with the hearing.

A ballot initiative, Proposition 64, that was voted on in the November presidential election in 2016 legalized the adult recreational use of marijuana throughout California and established taxes on the billion-dollar industry.

What Does Marijuana Legalization Change?

Proposition 64 made marijuana use legal in California which ended adult arrests for legal marijuana use. But what about those who were previously convicted of a crime involving marijuana that would be legal today?

Prop. 64 allowed District Attorney’s to dismiss, seal, or redesignate past marijuana convictions and provide relief to hundreds of thousands of people convicted of a misdemeanor or felony for something that is now legal in California. Despite this positive change in the law, the future didn’t look that rosy for those whose past convictions have impaired their life because some prosecutors didn’t plan to devote resources to the task of going through past convictions to identify individuals who were eligible. With up to 40,000 eligible convictions in a single county, that’s understandable because the process would have required more labor than they have available. Requesting the charges be expunged was an expensive proposition for many who are shackled with past marijuana convictions. 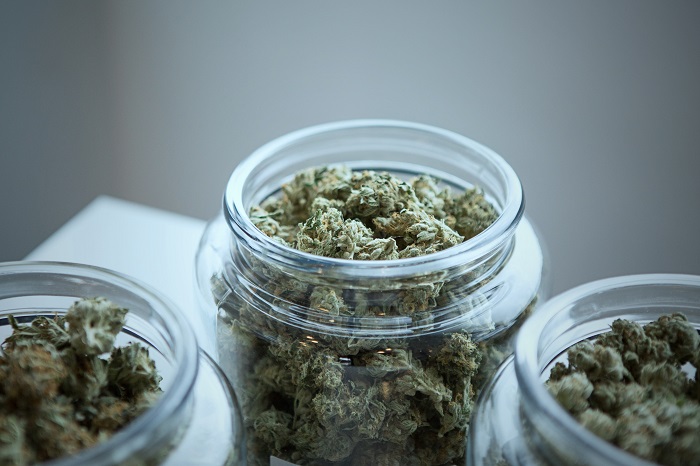 The latest California cannabis news is more positive. A nonprofit organization out of San Francisco, Code for America, developed a program called Clear my Record that can search up to 10,000 records a minute to locate eligible marijuana convictions and is making the program available at no cost to all 58 counties to ease the labor-intensive task of identifying the appropriate records.

In addition, Assembly Bill 1793 provides greater uniformity in the way each county’s District Attorney will deal with retroactively clearing marijuana convictions. Although a prosecutor can choose to fight against overturning specific convictions, AB 1793 requires them to notify the public defender’s office and the court of any convictions for which they plan to fight against sentence reductions or expungements by July 1, 2020.

This is good news for hundreds of thousands of Californians whose lives have been hampered by marijuana convictions. Those past convictions, especially felonies, made it difficult or impossible to work in some industries, for companies with Federal contracts and for the Federal government.  A criminal conviction can make it difficult to rent a home and impossible to obtain a student loan. Some people have been convicted for life without parole due to California’s 3 strikes law as the result of marijuana-related crimes.

The war on drugs had a disparate effect on people of color and those with low incomes who tended to receive harsher charges and sentences than white people and those who had the resources to fight the charges. Although the past disruption to their lives from this treatment can’t be erased, reducing the conviction or sealing the record can help them build a better future.

Each conviction can be handled differently. They can be reduced from a felony to a misdemeanor, dismissed, or sealed. Possession with the intent to sell was a felony that is eligible to be reduced to a misdemeanor under the new law.
Automation is speeding up the process and reducing the cost for most people with a prior conviction related to marijuana.