COVID-19: Rise of Domestic Violence During the Pandemic

As the novel coronavirus disease runs rampant, governments around the globe have imposed different levels of lockdowns, to try and curb the spread of the virus.

The ‘stay at home’ instructions are issued to try and keep people safe, but home can be a pretty dangerous place for certain people, particularly for victims of domestic violence during the quarantine.

How Pandemic Can Exacerbate The Risks Of Domestic Violence

Extensive data, involving multiple regions, indicates a sharp rise in domestic violence during the quarantine, showing a direct link between increasing domestic violence and COVID-19. This is particularly true of populations that have been marginalized.

North Africa and the Middle East, for example, have the weakest laws in terms of protection against domestic violence. An analysis performed by UN Women assessed the gender-related impacts of COVID-19 across Palestine and found that the impacts of the disease were likely to be more severe on females, worsening pre-existing gender vulnerabilities, increasing domestic violence during the coronavirus, and exacerbating inequalities.

Moreover, Latin American countries such as Brazil and Mexico have observed a sharp rise in hotline calls, over the past couple of months.

Even though formal complaints in countries like Bolivia and Chile seem to have dropped, it is likely due to the stringent restrictions on mobility, coupled with the hesitance that domestic violence victims often feel in seeking out assistance via official means.

In the USA, people the number of calls to domestic abuse hotline services has skyrocketed, with some domestic abuse websites seeing an increase in traffic of over 300%. This goes to show the significant domestic violence increase during COVID 19.

The truth is, a lot of people have become more volatile after spending time locked down in their own homes in close quarters to their family members. Where school and employment may have once provided a necessary respite for domestic violence sufferers, this has now evaporated.

On top of this, increased tensions in households and the high levels of societal stress are very likely to cause outbursts which could lead to episodes of domestic violence. 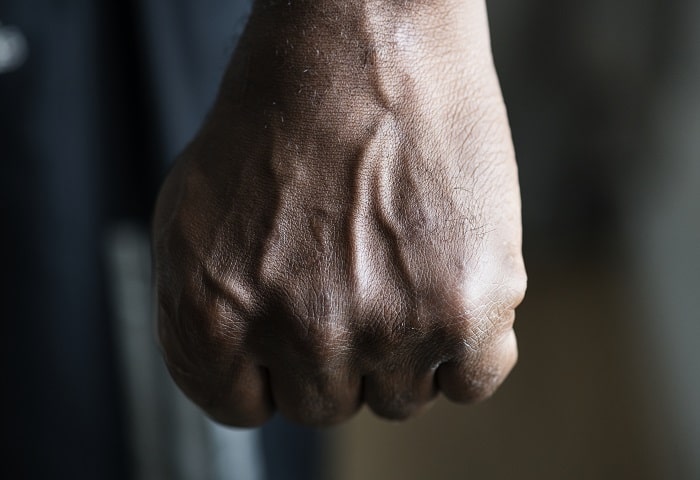 What Can Be Done To Address Domestic Violence During Coronavirus

Understanding the importance of addressing domestic violence during the coronavirus, several countries have taken a number of measures to try and mitigate the issue:

France has dedicated a million Euros to providing support services to victims of domestic violence. Additionally, the Italian and French governments have proposed that the European Union include steps to mitigate domestic violence during COVID-19, as part of an emergency support package provided to all member countries.

These campaigns are intended to provide guidance to domestic violence victims and aware them regarding the available support and options. Portugal, for instance, has distributed informative flyers across the country, and run social media campaigns through multiple channels.

People employed in essential services, such as supermarkets or pharmacies, have learned how to help domestic violence victims seeking assistance. Across Greece and Spain, ‘Mask-19’ has been adopted as a codeword for domestic violence during coronavirus.

It is true that the lockdown has led to a sharp spike in the number of domestic violence cases. However, certain women (and men) will try to manipulate the situation to falsely accuse their partner of domestic abuse.

A false accusation of domestic violence might come as a shock to you, but swift action is crucial to ensure the elimination of the accusation, as well as mitigation of any associated consequences.

As the wrongly accused party, it is crucial to hire a lawyer before you do anything else. Proving innocence in a domestic abuse case can be tricky and tough, and the earlier the lawyer starts developing a defense, the higher the probability of success.

Building up a sturdy defense could include bringing in an expert witness into the scene who could explain certain bits of incriminating evidence, or prove that the bruises or other damages were not the results of violence inflicted by the accused party.

The victim’s medical evidence is also important, as it would allow the legal team to dispute the location or timing of the evident damage. In order to have a real shot at victory, the lawyer needs to attack the case from multiple angles.

Make sure you contact top criminal defense attorneys in Los Angeles right away if you are falsely accused of domestic violence.

The second step would be to reduce the damage that the charges and the possible court case might inflict. Character witnesses come into play here, as they can vouch for the accused’s character.

They can also help establish how the alleged party could not have caused the violence he/she is being accused of, due to a variety of reasons.

All the defense needs to do is plant reasonable doubt within the judge/jury’s mind(s), and a domestic violence attorney can help you do that.

This article highlights the link between the lockdowns and an increase in domestic violence during coronavirus, possible steps that could be taken to reduce domestic violence under the circumstances, and how to proceed in case you have been incorrectly charged with domestic abuse.